Why and how is Social Work affected by climate change?

The meteorological and environmental disruptions we see in our daily lives are now scientifically studied as the effects of accelerated climate change on a global scale (IPCC, 2021). Among the causes of this change, the central role of greenhouse gas emissions is combined with numerous air, water, soil and subsoil pollutions as well as with intensive uses that over-consume non-renewable mineral resources, impoverish soils, dry up freshwater reserves and reduce biodiversity by causing the disappearance of numerous animal and plant species. In this systemic dynamic, under the concept of the Anthropocene, the intensive industrial and technological growth model of human activity is identified as a key factor. Similarly, in the context of the current COVID-19 pandemic, the research is demonstrating the causal links between transformations occurring in human-produced life-support systems and the spread of new viruses such as SARS-CoV-2.

Thus, humans, who are at the origin of these transformations, are also suffering increasingly harsh consequences.

The ecological crisis, as we wish to understand it here, in its political, social, economic and environmental dimensions, is reflected in gigantic natural disasters, situations of shortages or pollution and industrial or agro-industrial disasters such as those of Fukushima, the Aral Sea or repeated forest fires and floods. It is also marked by pandemics. The current one shows both the effects of these profound transformations of ecosystems and the necessary eco-social changes to be made rapidly.

These situations have a violent impact on populations who, depending on the case, find themselves without resources, without shelter, lose loved ones, suffer serious and lasting illnesses, see their activities disappear and their living space totally transformed. The need for technical, health, economic and social solidarity is thus apparent, on an emergency, short and medium-term basis, for the individuals and groups who are victims of these violent and traumatic events.

International institutions warn of the causes and effects of environmental degradation, which are correlated with the level of income of the country and the population. According to the Economic Council for Sustainable Development (2013), 'it seems that the richer individuals or countries are, the more they degrade an environment that they claim to want to protect more. There is a simultaneous increase in demand for a better environment and the possibility of obtaining this good by transferring the cost of the degradation caused to the poorest, within countries or internationally'.

Thus, this crisis mainly affects the demographic balance of the Regions of the Southern Hemisphere and beyond, with consequences for the North. These are major migrations that raise issues of emergency and longer-term reception, family reunification, access to work, housing, food, water, health care, etc. All of these issues are regularly addressed by restrictive State policies that put pressure on the necessary emergency humanitarian aid, such as that provided to migrants at sea and on land, or on reception situations during and after periods of administrative regularisation. These States also develop practises of sorting out regular and irregular, migrants and refugees, minors and adults.

This unsustainable pattern of progress (technological, economic, financial), unequal power relations, unequal distribution and use of resources, key to the current neoliberal socio-economic system, aggravate structural disparities and influence the living conditions of most poor and low-income individuals (Besthorn, 2012, Coates and Gray, 2013, Dominelli, 2012, 2013, Jones, 2010, Shaw, 2011). But also, the standardisation of lifestyles, urbanised, dependent on industrialised food and hygiene products, and users of machines and energy, carry with them the risks of exposure to temporary or long-lasting shortages.

In this context, the Social Work professions are directly challenged by the consequences of the ecological crisis and are called upon to improve the living conditions and well-being of the people concerned. But there are also political and social questions about the choices to be made and the human dynamics to be mobilised. They are also called upon to act on what could be the democratic model for guiding practises and political decision-making. Thus, beyond the 'management' of the problems generated by ecological crises, Social Work is now asking itself the question of the leading role it can play in tackling the roots of the problem (Bethorn, 2012; Coates and Gray, 2012; Dominelli, 2012, 2013, 2014; Heinsch, 2012; Houston and Gray, 2015; Kemp, 2011; Kwan and Walsh, 2015), i.e. ecological injustice.

WHO (2019) notes that these injustices highlight a lack of 'distributive justice', as the level of environmental risk is often higher in disadvantaged groups of the population, and a lack of 'procedural justice', as these groups do not have the same opportunities to influence decisions that affect their immediate environment, often being victims of injustices of gender, social class, race, ethnicity and location. This is confirmed by the participatory research conducted by ATD Fourth World and Oxford University (Godinot X, Bray R., Walker R., De Laat M., 2020) which shows that one of the hidden dimensions of poverty is linked to "pollution and associated policies through to urban squalor and inadequate public infrastructure" (Ibid, 2020). This last register corresponds to the concerns of international Social Work, which advocates integrating the natural environment as a dimension of people's identity (service users and professionals) in order to develop a collaborative and integrative response to the ecological challenges of climate change (Dominelli, Hacett, 2012).

Radical Social Work as a stance

Radical Social Work, developed in the 1970s, aims to address the effects of capitalism on individuals who find themselves caught in the spiral of problems created, managed and recreated by this system. Capitalism, as a process of production and appropriation of resources and wealth by a part of the ruling classes, and economic neo-liberalism contribute to both societal disintegration and eco-social destruction-destabilization, all the while orchestrating the exclusion of people from democratic decisions about ecological and socio-economic orientations. As a result, these policies make Social Work a 'partner in crime' in the culture of social justice silence (Steyaert, 2013, Both et al, 2019).  Radical Social Work raises the question of continuity 'the daytime social worker becomes a night-time social activist'. This is from the perspective of the International definition of Social Work which "... promotes social change and development, social cohesion, empowerment and liberation of people..." [1]. .

Being considered as the base for the development of theories such as the anti-oppressive approach and Critical Social Work theory, Radical Social Work requires understanding oppression in the context of social and economic structures, rather than attribute problems to oppressed individuals.  This leads to accompanying the service user in becoming aware of the social and political context intrinsic to his or her social problems (Rogowski, 2017) and to opposing the interpretative discourse that reduces the rights approach to the over-responsibility approach, the solidarity approach to the responsibility of social service users. The latter causes the working classes to feel guilty about their lack of knowledge and skills regarding climate change.

Radical Social Work involves, among other things, situating the problems of a service user in a broader social and political context. In the face of environmental injustice, this means documenting "society's inability to ensure the equitable distribution of the Earth's resources to meet human needs, while ensuring the well-being of people and the planet Earth today and in the future" (Dominelli (2012, 2013). It also involves how social workers try to propose alternatives to today's unsustainable industrial model.

Ecological Social Work and Green Social Work (GSW) connect Social Work to the challenges of sustainable ecological development taking into account the eco-social transition. Linked to Radical Social Work, both encourage the re-politicization of Social Work, the valorization of its "humanist roots", its principles of individual freedom and human rights (Langan, 2011) with an eco-systemic vision (Bronfenbrenner, 1996) of human being development. To counter environmental injustice and ecological injustices more generally, Social Work is called upon not only to respond to the consequences of environmental degradation, but to address the unequal distributions of power within society. Furthermore, in the perspective of Radical Social Work, the political definition of the needs of ordinary life and its translation into a sustainable concrete response (Carimentrand et al, 2018) is vital: how to eat, heal, travel, keep warm, cultivate.

Can Social Work, which has been dependent since its origins on the logic of economic and technological growth and the processing of subsidies, the fruits of this growth, reposition itself? Can it develop socio-political approaches based on development models that respect both ecological roots and a social and economic democracy that is attentive to families and people with small budgets, to women and to all those who are usually excluded from public political arenas, at different territorial levels?

In this respect, it should be noted that today, a dynamic linking Social Work and ecology exists on an international scale, with publications on this subject produced by mainly English-speaking authors (professionals and researchers). The importance of developing practises and research in France on this approach is a major issue that will allow social workers practising in France to take a place on these fundamental questions and to make their voice heard in national and international debates.

In this regard, we invite authors to respond to this call, by proposing articles that mobilise the articulation between the different dimensions of ecology, from a Social Work perspective. The perspective of Radical Social Work would be a welcome analytical tool.

The thematic axes aiming to build this issue are the following:

Booth, S., Coveney, J., Paturel, D. (2018), Counter crimes and food democracy: Suspects and citizens remaking the food system,in Handbook of Foods Crimes : Immoral and illegal practices in the food industry and what to do about them, A.Gray, R.Hinch (Eds), Policy Press, Bristol, 373-389.

Economic Council for Sustainable Development (2013). Environmental issues and social questions Why and how to link social justice and ecology? Economic References n°23 023 (ecologie.gouv.fr).

Heinsch, M. (2012) Getting down to earth: Finding a place for nature in social work practice. International Journal of Social Welfare, 21, 309-318. 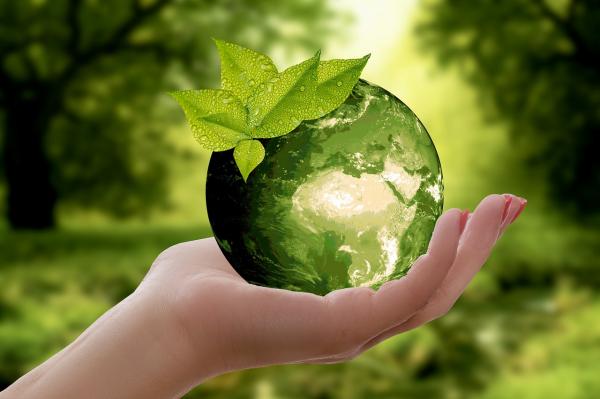